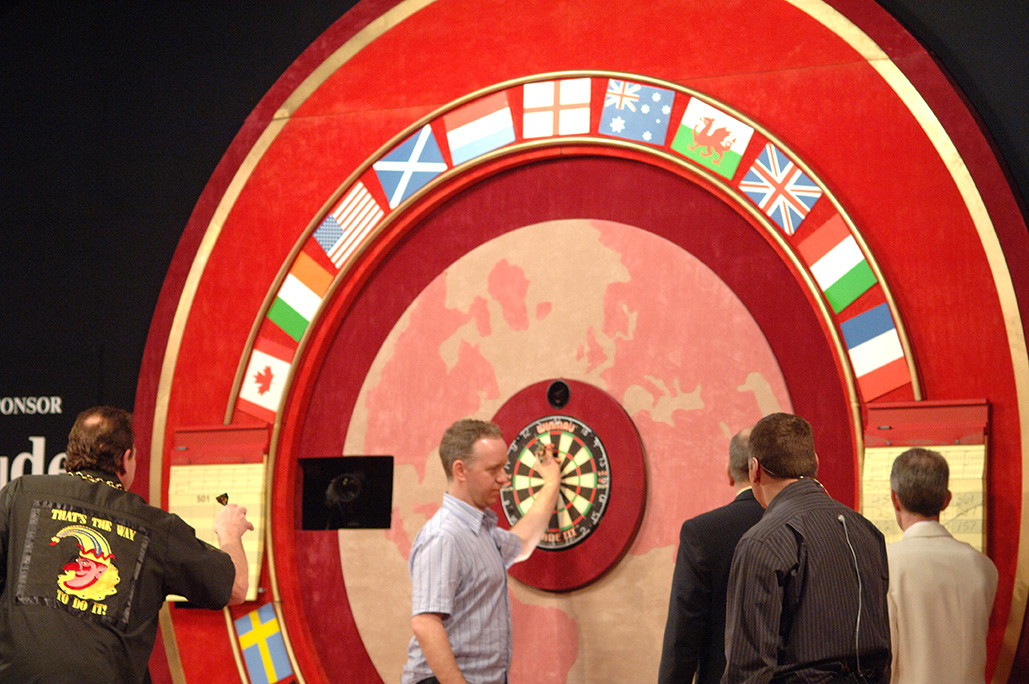 “I wasn’t very impressed when I first read that Justin Irwin thought there’s not a lot of skill involved in darts, but his passion for our sport comes across to such an extent that by the end of the book even I wanted him to win a match.”
Wayne Mardle

“A must-read for darts fans – a great chance to see ‘oorsells as others see us.”
The late and greatest, Sid Waddell

Justin Irwin had always wanted to become a sports star. Realising in his mid-thirties that he was old enough to be Wayne Rooney’s father, Justin remembered that in 1987 he’d once hit three treble 20s at darts. If he’d done it before, why couldn’t he do it again… and again?

Murder on the Darts Board was first published in 2008. The Kindle edition published in March 2013 includes an additional chapter to bring the story up to date. Use Kindle Apps to read it on computer or smartphone.

Independent on Sunday:
‘Irwin chronicles his “journey to the heart of dartness” – and darkness, in the forms of oceans of Guinness – with humour and perception. He may have been found wanting on the oche but he’s hit the bullseye here.’ January 2008.

‘Well worth the price of admission for anyone interested in darts.’
Dartoid

‘There will, of course, be a good number of darts players who will read Justin’s book just to find out how badly he suffered along the way.’
Patrick Chaplin PhD, darts historian

‘This is the best book published about darts in January 2008, with the exception of Trina Gulliver’s The Golden Girl’.
Amusing friend of mine

‘It was like you were in my bed. I had to stop reading. It was too weird’.
My friend Dom

Published by Portico Books MOTDB is available in bookshops that do irregular stock-taking and online. If you would like to buy a hard copy, why not get it from somewhere that pays tax in the UK, such as Waterstones. The Kindle edition with extra 2013 chapter makes me more money. It’s on Amazon UK.