So it’s not all bad news. I was told to pay a visit to the Moretown Belle round the back of St Katherine’s Dock, and when I did I found a fantastic new darting venue. I also popped in to the Sir Sydney Smith, which I’d never previously heard of, and on the same visit found out about the darting improvements at the Brown Bear, and took a nice photo of the Artful Dodger himself. Other recent editions include Flight Club in Victoria, and the Sports Bar & Grill in Farringdon – both multi-board, both charging, but only one with much merit.

Indeed, I’m starting to wonder if there’s a new trend in the world of central London dart venues – those where darts for individuals is a focus of the pub seem to be putting some effort in, but those where a team used to play are disappearing or removing the board. So long, and farewell, to the Rose & Crown near London Bridge (boarded up), the Richmond Arms in Edgware area (long since a gastro pub), and, saddest of many for me, the Duchess of Kent well north of Angel, a proper pub, now no-doubt shut forever.

About a third of all the venues in the guide have been visited in 2019, but do let me know what I don’t know about the others. And please do go play – the Marigold in Bermondsey Street SE1, the Traders Inn in Church Street NW8, and the Rising Sun on Ebury Bridge Road SW1W are just three boozers with boards that need a little darting love. 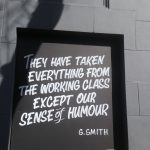 Sign on window of Duchess of Kent N1 after closure